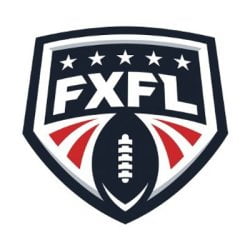 The National Basketball Association has the NBA Developmental League (D-League). Major League Baseball has Minor League Baseball. The National Football League has no true “minor league” system where players not fortunate enough to find themselves on a 53-man roster or team’s practice squad can continue to perform in conditions similar to NFL-style game play. The Fall Experimental Football League (FXFL) hopes to become that “minor league” for the NFL and a broadcasting agreement with ESPN will help the FXFL achieve its goals.

The FXFL and ESPN have signed an agreement that will obligate ESPN to broadcast the FXFL’s inaugural season on the ESPN3 network. The deal will provide the FXFL national coverage on ESPN, which serves as ESPN’s live multi-screen sports network on the Internet.

FXFL Commissioner Brian Woods says that the arrangement with ESPN is a welcome addition to the existing relationships that the FXFL has cultivated with regional networks. He says that the FXFL’s current distribution with regional networks will put the FXFL in front of 80-90 million cable subscribers, including SportsNet New York (SNY), New England Sports Network (NESN) and Comcast CMCSA -1.43% Chicago. Woods adds that the FXFL seems to pick up another regional partner every three or four days and remains optimistic that the FXFL will land a few more partners before the inaugural season kicks off on October 8 at 8:00 p.m. EST when Boston plays at Omaha.

The FXFL wishes to become a true developmental platform for players, coaches and prospective NFL referees. Opportunities are few and far between for NFL franchises to develop young players that cannot make the cut onto a 53-man roster or practice squad. The NFL knows it needs a developmental league for those players as well as to test out proposed rules changes and additionally prepare prospective referees before throwing them into regular or preseason NFL match-ups.

“We have kept an open line of communications with the NFL and I definitely think there are interests on their end,” Woods said who has spoken to NFL executives throughout the formative process of the FXFL. ”The long-term goal of this league is to establish an official relationship or be recognized by the NFL as its official developmental league. ESPN has a very close tie-in with the NFL and I think many people including John Clayton, Mike Golic and others have really shown me their support on this. Having an affiliation with ESPN is something that is going to enhance us with our efforts to build that bridge into the NFL.”

Woods also referenced a recent segment on ESPN’s “Mike and Mike” show when Golic said, “There needs to be a minor league in football. Not a competing league, not one that plays a different kind of football, one that essentially is a feeder league to the NFL.”

“Most of the other leagues came into the existence with the mindset that they believed another league could exist and compete with the NFL,” Woods said. ”I believe the only league that can co-exist with the NFL is a league that has our developmental format. Importantly, it’s not the Spring. It should be the Fall.”

Whether the FXFL fills a major market void or follows in the footsteps of other floundering start-up football leagues remains to be seen. However, there is a true need for a platform to develop future NFL talent, and a broadcasting deal with ESPN is a good way to start enhancing the FXFL’s chances of survival. Taking a position that his league is not competing with, but instead complimenting, the NFL is a wise move by Woods. He has stated that his goal is to push 25-30% of the FXFL players back to the NFL by the end of the FXFL season. As always, timing may be a strong influencing factor as well.

This year, ninety-eight underclassmen declared for the NFL Draft (102 if those who were technically early-entrants who declared for the NFL Draft, but already graduated, are included in the equation). Thirty-six of the ninety-eight underclassmen (almost 40%) who declared were not selected in any of the seven rounds of the 2014 NFL Draft. Add the fact that the 2011-20 Collective Bargaining Agreement reduced the amount of practice time that teams have to work with young players in the off-season and today’s football player needs a developmental league more than ever.

The current FXFL membership is comprised of four teams playing a six-week schedule during the months of October and November. ESPN3 has agreed to carry six regular season games as well as the November 26 championship match-up.

Credit to Forbes.com who originally published this article

Eisen Teams With Podcast One