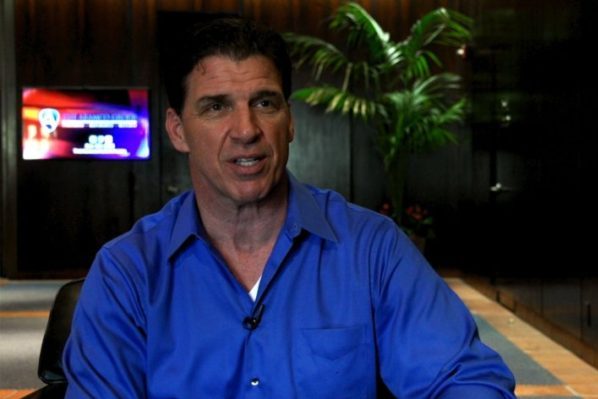 What happened to San Diego’s The Mighty 1090 is beyond unfortunate and although an anomaly, watching a station with successful ratings get shutdown is frightening for the industry.

It’s terrible to see top-rated shows go dark, with great on-air and off-air talent left for unemployment, but with all of the negative, there is one obvious silver lining for Mighty 1090 listeners.  Billy Ray is back.

Last year Billy Ray Smith had been removed as co-host from The Mighty 1090’s afternoon show, Scott and BR.  Former 10-year veteran linebacker for the San Diego Chargers and Scott Kaplan’s co-host of 18 years, Billy Ray was heard from occasionally in the last 12 months, but was no longer a regular contributor to the show that had his name in it.

Almost exactly one year ago, May 2nd 2018, Scott Kaplan addressed their “great friends” to discuss Billy Ray no longer being a daily co-host.  The show never removed his name from the title and Kaplan never removed him from the conversation, offering Billy Ray anecdotes even when he wasn’t there.  One year later they’re no longer on The Mighty 1090, but Billy Ray Smith is back with Scott Kaplan to entertain their listeners.

Since The Mighty 1090 went dark about three weeks ago, Kaplan has continued to find a way to make The Scott and BR Show available for their “great friends.”  The Mighty 1090’s regular lineup continued showing up to the studio to broadcast their shows via the station’s web stream, until ownership pulled the plug on that this week.  Still, Tuesday afternoon Scott Kaplan, Billy Ray Smith, Linda Welby and Alex Padilla were broadcasting The Scott and BR Show on YouTube from Callaway’s golf headquarters.

The rest of 1090’s lineup, Ben and Woods in the morning and the midday’s Darren Smith Show are taking the week to reset and figure out what’s next, but neither program expects to be silent for long.