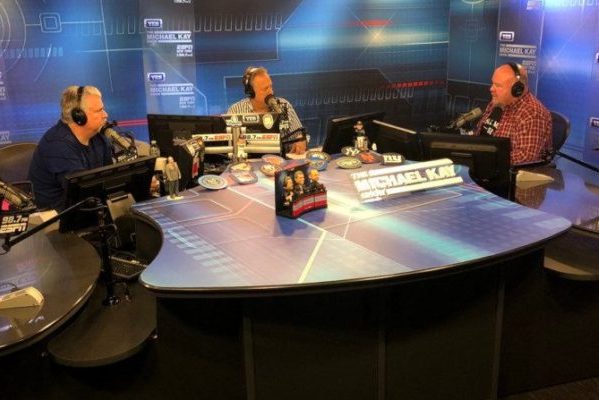 In the first full book since Mike Francesa left WFAN’s afternoon drive for the second time, ESPN New York’s The Michael Kay Show remained number one. The news was first reported by Andrew Marchand of the New York Post.

Not only did Michael Kay, Don La Greca and Peter Rosenberg beat WFAN’s Joe Benigno and Evan Roberts, but the trio finished first overall in the afternoon among men 25-54 according to Nielsen Audio. From 2 – 6pm, Joe & Evan did a 5.7 for their first go-round in afternoon drive. ESPN’s TMKS did a 7.3 in their 3 – 7pm timeslot. It marks the second consecutive book, and third time ever, The Michael Kay Show topped WFAN in afternoon drive when the stream is included for both stations.

The winter ratings period extends from Jan. 2 through March 25, meaning most of the book took place before the COVID-19 pandemic forced live sports to shut down March 11. Ratings during the spring book will likely see a significant decrease as non-essential workers aren’t commuting during the morning and evening rush hours.

In the morning hours, WFAN’s Boomer Esiason and Gregg Giannotti finished first overall with a 6.7, crushing ESPN’s nationally syndicated broadcast of Golic and Wingo which earned a 2.9 rating. While ESPN New York recently added more local programming to their lineup, it remains to be seen if they’ll look to do the same with the 6am – 10am timeslot which leaves a glaring hole in their ratings.

Last year, reports from Bobby Burack and Ryan Glasspiegel, then of The Big Lead, stated Trey Wingo might not be interested in continuing the morning radio show alongside Mike Golic beyond this summer.

A shakeup of ESPN Radio’s morning show might entice 98.7 to go local, similarly to the way they chose to replace The Stephen A. Smith Show this past January. ESPN New York already has three local shows in their weekday lineup from 10am – 7pm. With three shows, they could format their schedule more traditionally to fill the 6am – 6pm hours and better compete with WFAN’s Boomer and Gio.

Is Sports Radio Coming Back to 1090 In San Diego?