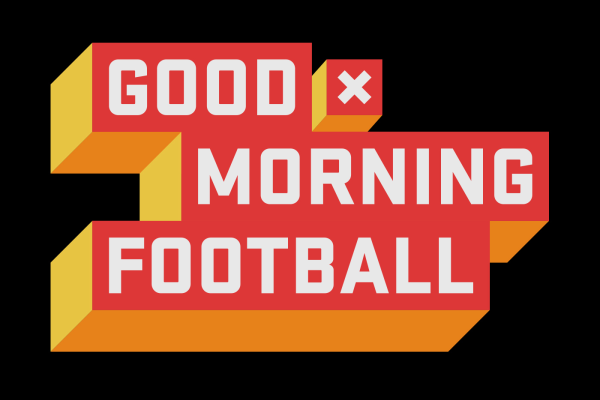 The NFL announced that teams can reopen their training facilities beginning Tuesday May 19 as long as they meet state and local guidelines.  The analysts of the NFL Network’s popular morning show, Good Morning Football, are glad to have football back in some capacity, but some worry it could also create inequities between the teams.

Former NFL wide receiver Nate Burleson says teams should begin preparations for the season in some fashion as soon as possible, while Peter Schrager contends that in the interest of fairness, the NFL should wait until all 32 teams can participate at the same level before activities resume.

“We got to do what we got to do,” Burleson said. “It (opening) allows us as fans something to talk about. Media personalities can report from the facilities and be able to talk to players.”

Burleson admits that the NFL reopening facilities will be more difficult than the NBA doing the same. Burleson then refers to a conversation he had with his brother Kevin Burleson, who is the player development coach for the Minnesota Timberwolves.

“I know it’s a little bit of a different dynamic,” Burleson said of comparing the two leagues. “But Kevin says they are going to try to have one-on-one sessions between a player and a couch for an hour. That’s two people on the court at the same time and the next player comes in. It’s a lot easier in the NBA because you only have 12 to 15 guys. In the NFL there are 53 guys just on the roster, not counting the free agents who come in this time of year and then the practice squad. The NBA is trying any way it can just to get people in the building. As long as we (the NFL) can just get people in the building, it is such a good sign that things are headed in the right direction.”

While Schrager agrees that opening NFL facilities is a positive he worries that will create inequities between teams that can meet and those who can’t.

“I think about the inequality of it though,” he argues. “A team in New Jersey can’t get into their facility while a team in Denver might be able to. Are we throwing that (fairness) out the window just to, as Nate said, get bodies in the building?”

“I’ll take the custodial staff in the building to clean the floors,” he said. “It’s baby steps at this point.”

Brandt also encourages viewers to read Peter King’s Football Morning in America column where he interviews new Carolina Panthers’ head coach Matt Rhule. When asked how he is getting through the current situation, Rhule replied, “We just got to figure it out, bro.”

“He (Rhule) has two new coordinators and a quarterback in Teddy Bridgewater who hasn’t even met his receivers,” Brandt said. “He has to address his team through a six minute video on his IPhone. That’s the world we are living in. They have to play Brady and Gronk in the Bucs’ home opener with all these unknowns. I understand trying to be fair and equal to all 32 teams, but some teams like the Panthers need every advantage they can get whether it’s just doing pushups or having lunch together. Football, God willing, is coming and any (practice) availability whatsoever you have to give them.”

“The ESPN Daily host discussed what it was like to interview the two PTI icons.” 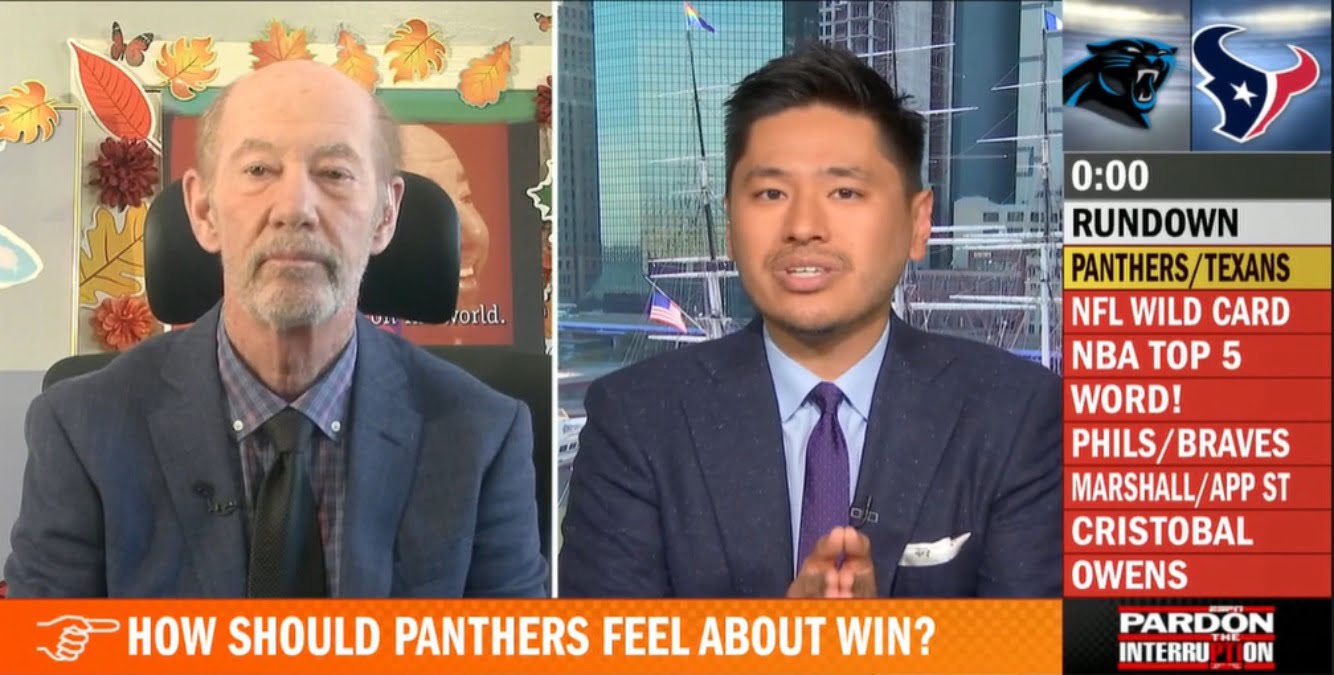 Pablo Torre might not be a daily host on Pardon The Interruption, but he is an integral part of the show’s history as it gets set to celebrate 20 years on the air. ESPN’s Bill Hofheimer interviewed Torre ahead of the PTI’s ESPN anniversary special airing on Tuesday, Sept. 28.

Torre is hosting a four-part ESPN Daily series on the pioneering sports debate show all while he continues filling in for Tony Kornheiser or Michael Wilbon whenever they need him to. The ESPN Daily host discussed what it was like to interview the two icons.

“The real TV special I wanted to make is a documentary about trying to convince Tony to participate in this TV special,” Torre told Hofheimer in the interview. “Because Wilbon quickly welcomed me to Chicago, took me around his home and his town, and saw all of this as a party from the jump. Kornheiser — who otherwise could not be more generously supportive of my ambitions and my career and my sanity — legitimately refused to participate, for weeks and weeks, out of a more existential concern that we’ll explain. And that contrast is a perfect encapsulation of both of them.”

Not many ESPN voices have filled in for Wilbon or Kornheiser on PTI, but Torre is honored to be one of them.

“I always, always love doing it. And sometimes it still feels a little surreal that I am, in fact, doing it,” Torre said. “When I talked to our pal Dan Le Batard and asked him what it meant for him to do PTI, in the very beginning, he described it kind of like being knighted. But I suppose that when you’re actually knighted, the Queen of England doesn’t proceed to roast you in front of millions of your countrymen, for years, as a show of affection.”

Torre and the rest of ESPN are ready to show their affection for the PTI story as they celebrate two decades of “Mail Time,” “Five Good Minutes,” and “Happy Trails.”

”I look forward to the day that I am coaching again.” 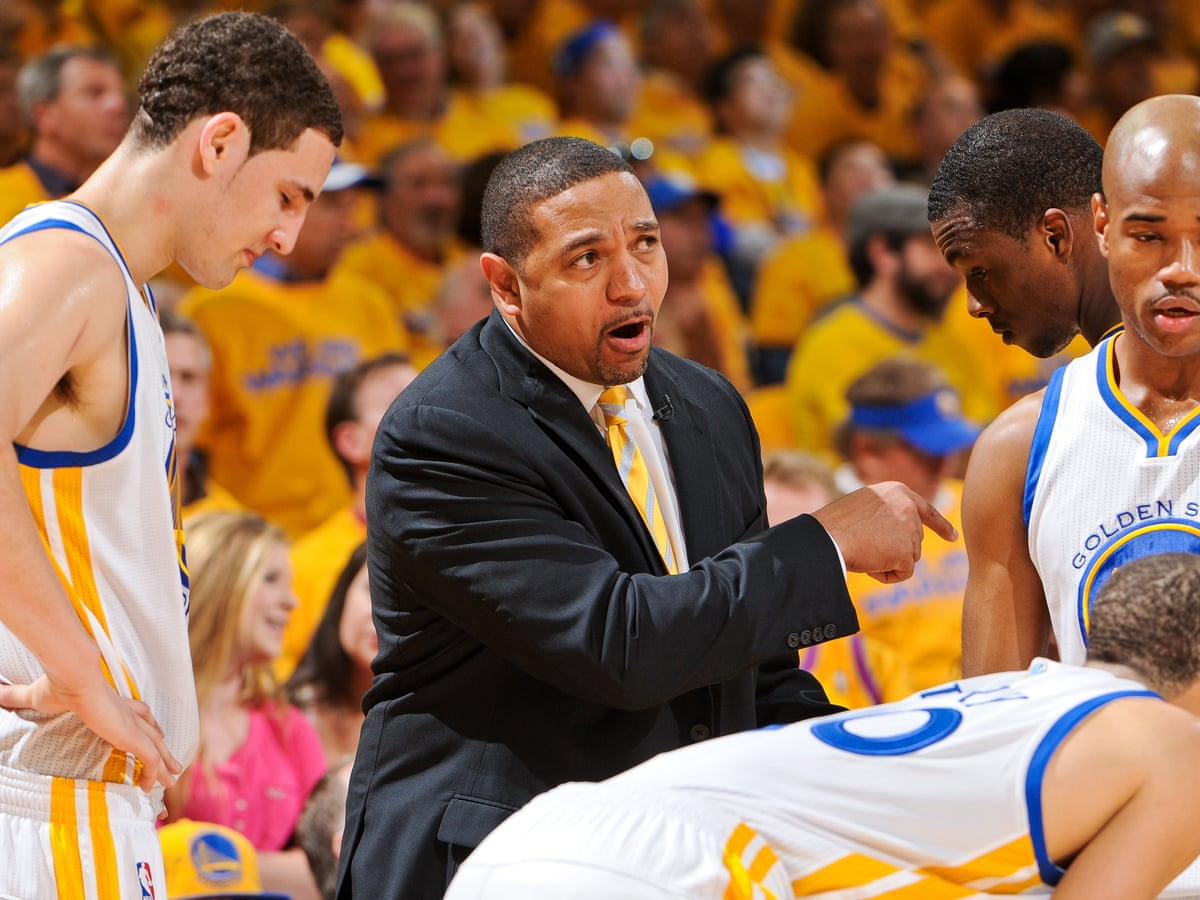 It has been 7 years since Mark Jackson has been a coach in the NBA, but the former Golden State Warriors coach is still waiting on his next chance to lead an NBA team.

The ESPN analyst went on to Club Shay Shay with Shannon Sharpe yesterday to discuss why he is not coaching in the NBA currently despite having some success helping shape the modern Golden State Warriors.

”I don’t know, that’s the full answer I do not know. What I will say is that I look forward to the day that I am coaching again. It will happen, I truly believe that with everything in me.” Mark Jackson said when asked why he did not have a head coaching job.

He also added that he rests on the success that he had with the Golden State Warriors and that it speaks for itself.

Mark Jackson works alongside another former head coach, Jeff Van Gundy, as part of ESPN’s top NBA broadcast, and Jackson believes that Van Gundy also deserves a shot at another coaching job and has been vocal it in past interviews.

“I know if I was hiring, without a doubt Jeff Van Gundy would be my hire. He’s a brilliant basketball mind, an incredible basketball coach. I’m speaking of a guy that sat in a chair and watched him lead a team as my head coach”.

Van Gundy however, has not been as eager to jump back into coaching like Jackson.

ESPN Passing On In Game Ads For Sportsbook Licensing Deal

”What they’ve been leaving on the table is chump change.”

While ESPN is looking aggressively for a licensing deal with a sportsbook, they are certainly playing the slow game on in-game advertisements.

The NFL’s sportsbook partners have already spent $50.7 million on in-game advertising since the beginning of the NFL season on September 9th.

Among those cashing in have been ESPN’s competitors CBS, Fox, and NBC while ESPN has been slow to jump into the action.

According to the commercial-tracking service iSpot.tv, the three broadcast networks have all but maxed out on gambling spots, with each booking the league-mandated maximum of six sportsbook ads per game.

“They’re shopping around for a licensing deal that could bring in as much as $3 billion, so what they’ve been leaving on the table is chump change.” one TV sales vet said of ESPN.

“They don’t want to put themselves in a situation where they have one sportsbook buying a lot of time on Monday night, only to get the exclusive marketing deal done with another book and suddenly face a conflict of interest.” he added.

With a looming licensing deal on the horizon, it seems that ESPN is waiting for said deal to make in-game advertisements come from one sole partner.

In-game advertising is just at the tip of the iceberg, and ESPN is waiting on the big money. Sports gambling is still only the sixth-biggest ad category so it appears that ESPN is choosing to go with the more commonly known ad categories until they get the big deal that they are looking for from sportsbooks.