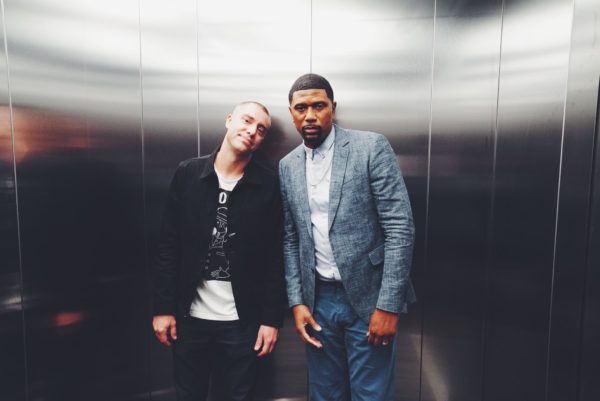 An overhaul is on the way for ESPN Radio’s national lineup of shows with changes looming throughout their weekday schedule. It appears Keyshawn Johnson is already set to join the network’s revamped morning show and according to Outkick, the former NFL wide receiver could be joined by Jalen and Jacoby.

Former NBA star Jalen Rose and longtime ESPN personality David Jacoby have been “giving the people what they want” on a variety of ESPN platforms for nearly a decade. Throughout the years, Jalen & Jacoby has been a popular podcast, radio, and TV show.

Currently, Jalen and Jacoby are seen weekdays on ESPN at 4pm ET. But now it appears the duo might be heading to radio again, joining Keyshawn Johnson as the replacements for Mike Golic and Trey Wingo.

ESPN was reportedly keen on pairing Johnson with Max Kellerman, but Kellerman has prioritized his role on First Take which airs from 10am – noon, making the addition of morning radio unlikely.

What’s next for Golic and Wingo also remains to be seen considering their exit has not been officially announced. Rumors of Wingo wanting to ditch morning radio have swirled since last fall, while Golic has spent more than two decades on the show, but both have contracts set to expire later this year.