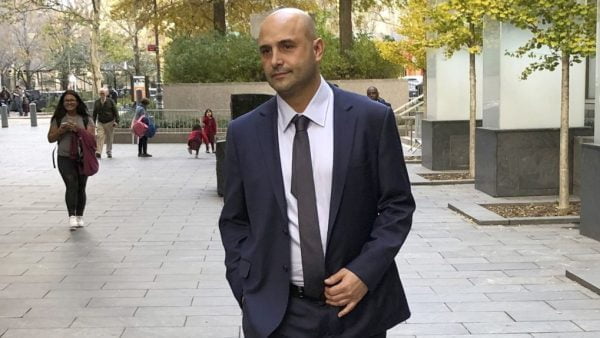 Set to premiere in less than a month, Newsday and The New York Post revealed details of what will be depicted in HBO’s Craig Carton upcoming documentary, Wild Card: The Downfall of a Radio Loudmouth.

In the doc, Carton discusses his personal demons, which included having suicidal thoughts. Riding a ski lift by himself during a vacation with his wife in Whistler, British Columbia just one month before his Sept. 2017 arrest, Carton described the desire to jump.

“I now have a desire to jump off the lift chair and down to the mountain,” Carton said according to The New York Post. “I lifted the bar up and I’m now inching closer to the edge of the seat. I got very upset and started crying.

“I had this out-loud conversation with myself, ‘Don’t do it! Don’t do it! You are better than this. You are not jumping.’

“As I’m telling myself not to do it, I’m inching closer and closer to the edge of the seat because I’m going, there is no doubt in my mind that I’m jumping off this chair lift, it is just a matter of when.”

Desperate, Carton called his former producer from NJ 101.5 Charod Williams who helped calm his friend down.

Weeks later, Carton was arrested and charged with four counts of fraud by the FBI. But even at the time of the described suicidal thoughts, Carton hadn’t yet realized his gambling addiction or that he did anything illegal by taking $950,000 from an investment into his ticket business and using it for gambling debts.

In fact, just four months before Carton was sitting on that ski lift in British Columbia, he expressed his lack of understanding for addiction while interviewing former NFL quarterback Ryan Leaf. Leaf had a drug addiction which led to his own incarceration after stealing prescription pills.

“Boomer and I don’t have a lot of connection to the world of addiction so we’re kind of talking out of our ass a little bit about it,” Carton told Leaf during an interview with WFAN in April 2017. “Although I worked on the radio with someone who had a number of addictions, so I’ve seen it firsthand,” he added, seemingly referring to Sid Rosenberg.

The HBO documentary, set to debut Oct. 7, features journal entries from Carton during his time in prison which ended this past June, as well as interviews with the former WFAN radio host since his release. HBO began working on the documentary months before Carton was released from jail, with Boomer Esiason and WFAN producer Al Dukes acknowledging in January they were already interviewed by the network.

According to Newsday and The Post, the HBO documentary closes with “Craig has negotiated a radio comeback. He vows to be as outrageous as ever on air.”

Although no return to the airwaves has been announced, that could change by the time the documentary airs. Joining Jason Barrett’s BSM podcast last month, Entercom New York market manager Chris Oliviero who oversees WFAN, acknowledged he’s spoken with Carton and is interested in a potential reunion, but no job offer was made yet.

Jason Martin Gets Multi-Year Extension At 104.5 The Zone