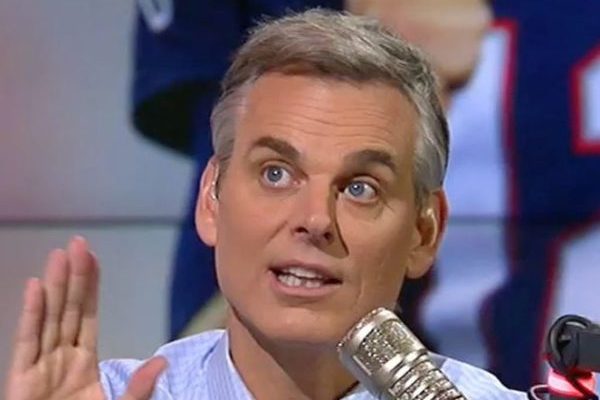 Colin Cowherd is officially a media mogul. The FOX Sports Radio superstar is working with iHeart on a new podcast network. Cowherd will own the company, called The Volume. He will choose the shows and the talent. iHeart will sell the advertising.

Plenty of star power is coming along too. Renee Paquette, better known to wrestling fans as “Renee Young,” will move her interview series Oral Sessions to The Volume. There will also be shows hosted by Aqib Talib, Danny Parkins, LaJethro Jenkins and Dragonfly Jones, and Alex Monaco.

“I can age more elegantly if I curate talent,” Cowherd told Bloomberg. “I want to create this really smart, thoughtful podcast network where I do for young people what somebody did for me.”

He also told Bloomberg that the idea for the podcast network is rooted in the success The Herd experienced during the Pandemic. Cowherd said that iHeart told him that inventory on his show was sold out even with no sports and nearly no one still commuting to work.

With the content created for The Volume, iHeart now has 2000 more hours of Cowherd approved content to sell. Cowherd will be the sole owner of the company.

FOX Sports Radio and FS1 have done a good job of making Cowherd’s sports takes available on social media since he joined their companies in 2015. He says that now more people find him on YouTube than on traditional radio and television each day.

“It’s my job to figure out ways to get to you,” Cowherd said. “It used to be I didn’t care about that; you had to come get me. Now you control the experience.”

“Letterman is an Indianapolis, IN, native, leaving plenty of questions surrounding his involvement in Nets Media Day.” 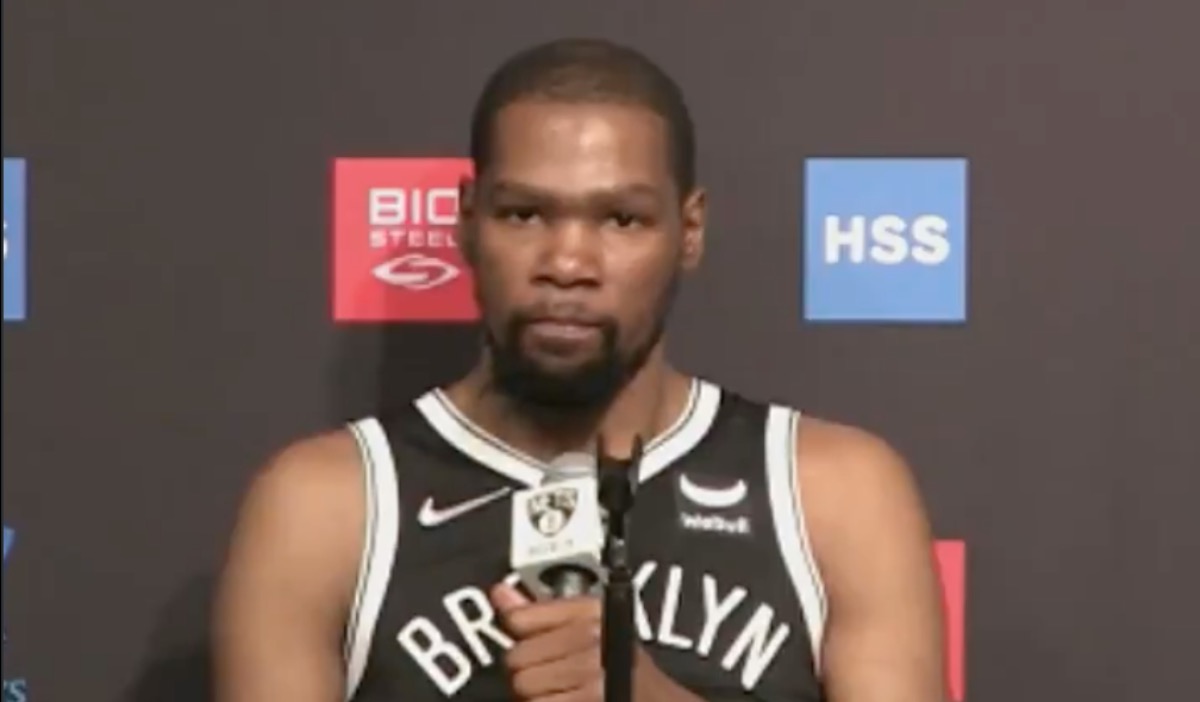 NBA Media Days are happening throughout the country, and the Brooklyn Nets had a famous visitor come and crash the party. David Letterman made himself right at home in press row, asking Kevin Durant some obvious and not so obvious questions.

The Nets star player didn’t give any tells as to whether he recognized Letterman or not, but he did answer the questions. Letterman hit him with a hard-hitter off the top, asking the forward why people call him “KD.”

“My first name is Kevin, with a K, and my last name is Durant, with a D,” Durant responded with an emotionless face. Letterman took a shot at a typical press conference question, asking Durant what percent effort he is giving in 2021.

“One hundred and 10,” Durant quipped back. David Letterman then asked the forward if he could play for the New York Knicks on his off days.

“Kevin, I just got off the phone with the Dolan Family,” Letterman began. “They said they are talking to the commissioner now, they’re looking at working a contractual deal that will allow you to, when you’re not playing for the Nets… you’ll be able to play for the Knicks. Comments?”

“Alright Dave,” Durant answered. “That was the last one.”

Durant almost made it through the ordeal without cracking a smile, but then the Pelicans came up.

“What about the Pelicans?” David Letterman asked. “When you guys play the Pelicans, does it kind of make you giggle?”

Durant chuckled as he responded, “yeah.”

Letterman announced himself as “Dave from Basketball Digest.” The publication actually existed from 1977-2005 but hasn’t been published in almost two decades.

The entertainer retired from The Late Show with David Letterman in 2015. He has since been hosting My Next Guest Needs No Introduction on Netflix.

Bob Chapek: ESPN Will Be ‘More Aggressive In Sports Betting’

It seems it is only a matter of time until Disney will partner with a major sportsbook on a licensing deal.

Along with this, ESPN promoted executive Mike Morrison to Vice President of sports betting and fantasy for the company. It seems it is only a matter of time until Disney will partner with a major sportsbook on a licensing deal, as they have already met with Caesars Entertainment and DraftKings to discuss a partnership.

Disney CEO Bob Chapek recently said at a Goldman Sachs investor conference that the company will be ”more aggressive in sports betting” by exploring a partnership deal for the company.

Sources previously told Front Office Sports that ”Everything is on the table” for ESPN to generate revenue in the sports betting industry.

ESPN is reportedly seeking around $3 Billion in a multiyear deal to attach its name to an existing sportsbook. Sports Illustrated struck a deal along those lines recently partnering with 888 Holdings.

With the CEO himself backing up reports that ESPN is very interested to dive head first into sports betting, it seems inevitable that viewers will soon be able to place wagers with ESPN having some sort of stake in it.

“Simon has been part of the industry site for 24 years.”

Perry Michael Simon has a new job title at All Access. He is now the SVP/Editor-In-Chief, News/Talk/Sports/Podcasting Editor.

Simon has been part of the industry site for 24 years. He has attended many conferences, interviewed many leaders and broadcasters, and processed and reported a lot of information in that time. The promotion is well-deserved.

“I’m looking forward to building on All Access‘ tradition of being the most complete and accurate source of information about the radio, music, podcasting and associated industries, Perry Michael Simon said in a press release. “I’m grateful to Joel for his confidence in me and for granting me my wish of having a title that’s too long for a business card, and I promise that I will keep the Philadelphia sports references to a reasonable amount.”

Prior to joining All Access, Simon programmed New Jersey 101.5 in the Philadelphia area and KLSX in Los Angeles. He also served as an on-air host and operations manager at what used to be Y107 in Los Angeles. The station flipped from modern rock to Spanish hits shortly after his exit in the late 90s.

In the publishing world, All Access isn’t the only place Perry Michael Simon has enjoyed success. He spent six years overseeing Nerdist as the site’s Editor-In-Chief.

“Perry’s leadership and creativity will continue our growth of 26 years in serving the ever-expanding radio/audio, music/streaming, podcasting and social media industries and their many platforms with the very best information served up on-demand on the AllAccess.com site, mobile, email and associated social media platforms,” the site’s President and Publisher Joel Denver added.