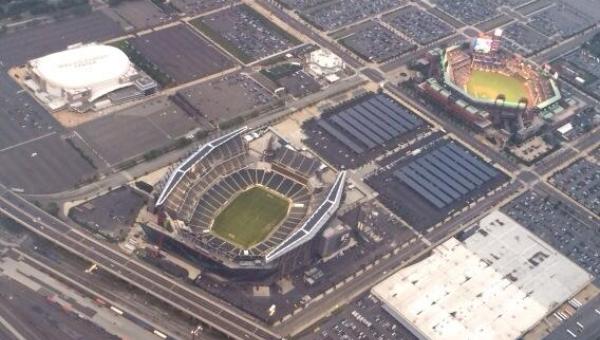 Covid-19 has presented a ton of challenges in terms of the way we live, the way we consume media, and the way radio stations and their shows operate. Despite chaos caused by a global pandemic, one thing has remained consistent in Philadelphia – sports radio listeners remain loyal to Sports Radio WIP.

Turning our attention to the shows, WIP’s Angelo Cataldi and the WIP Morning Show did what they usually do, lead the entire market. Cataldi’s program delivered a massive 13.3 share (2.9 on the stream), which placed him 2nd with Men 25-54. The show was also 2nd with Adults 25-54 and 3rd with Persons 6+. On the other hand, the first book for 97.5 The Fanatic’s John Kincade was solid. John generated a 6.9, strong enough for 3rd place.

In middays, WIP’s team of Joe DeCamara and John Ritchie also produced double digit shares. The duo recorded a 10.0 (1.7 on the stream) with Men 25-54, strong enough to lock up 2nd place. The Fanatic’s Anthony Gargano produced the same share as Kincade, a 6.7 with Men 25-54, which put him in 5th.

Shifting to afternoons, the team of Jon Marks and Ike Reese gained bragging rights for the quarter by becoming one of two sports radio shows in the market to deliver a 1st place finish. Marks & Reese’s 12.7 share (2.3 on the stream) with Men 25-54 elevated them to the top spot and in front of The Fanatic’s Mike Missanelli, who was strong as well, once again popping the best number on 97.5 with an 8.6, good enough for 3rd place.

Closing things out at night, WIP’s Joe Giglio joined Marks & Reese as the other local sports talk show to gain a 1st place finish for the quarter during his 6p-10p timeslot. Giglio generated an 11.3 share (2.4 on the stream) with Men 25-54, which was 5 points higher than The Fanatic’s 6.3 which helped them secure a 6th place finish.

WIP’s quarter was outstanding and deserves to be celebrated. Every single show produced double digit shares, two programs earned 1st place finishes, and Cataldi despite being ranked 2nd had the best share of any sports talk show in the market. There isn’t much you can do but tip your cap to Spike Eskin and his crew on a job well done. Props to Audacy as a company as well, as they took the steps necessary to make sure WIP’s digital performance was being officially monitored by Nielsen. Based on the early returns, it appears to be a smart business decision.

Although WIP is the king for the quarter, and we’re all competitive and like to highlight who won and lost, I think it’s important to put a few things into perspective. Someone is always going to finish ahead and behind. That’s just how it goes when you measure competitions. But if you’re looking at The Fanatic’s performance and thinking they should turn out the lights, you’re missing the point. People inside their building should remain driven, competitive, and eager to turn the tide, but feeling bad about an overall good quarter makes little sense.

First, if you ran 97.5 and I told you at the start of the year that your brand new morning show was going to line up against the market’s most influential talent (Cataldi) and finish 3rd in its first book, you’d sign up for it immediately. If that same share performance was then carried over to your midday show, that’d be seen as a positive too. Then to cap it off with Missanelli lifting the brand nearly 2 full points in afternoons, those are strong performances. Ranking 3rd, 5th, and 3rd in three prime dayparts is excellent, and money can be made if they perform that way consistently.

In closing, the gap between WIP and The Fanatic is wide right now. A 3-4 point advantage isn’t something a station usually reduces in one or two books. However, given the fragile nature of ratings measurement, anything can happen at anytime, so nothing is guaranteed. That said, WIP is clicking on all cylinders, and they’re in the driver’s seat until further notice. For now, let’s just appreciate that we have two great brands in the format battling in a passionate sports city to create sports radio worth listening to.

Dan Hasty Drove Across Michigan To Call One Tigers Game