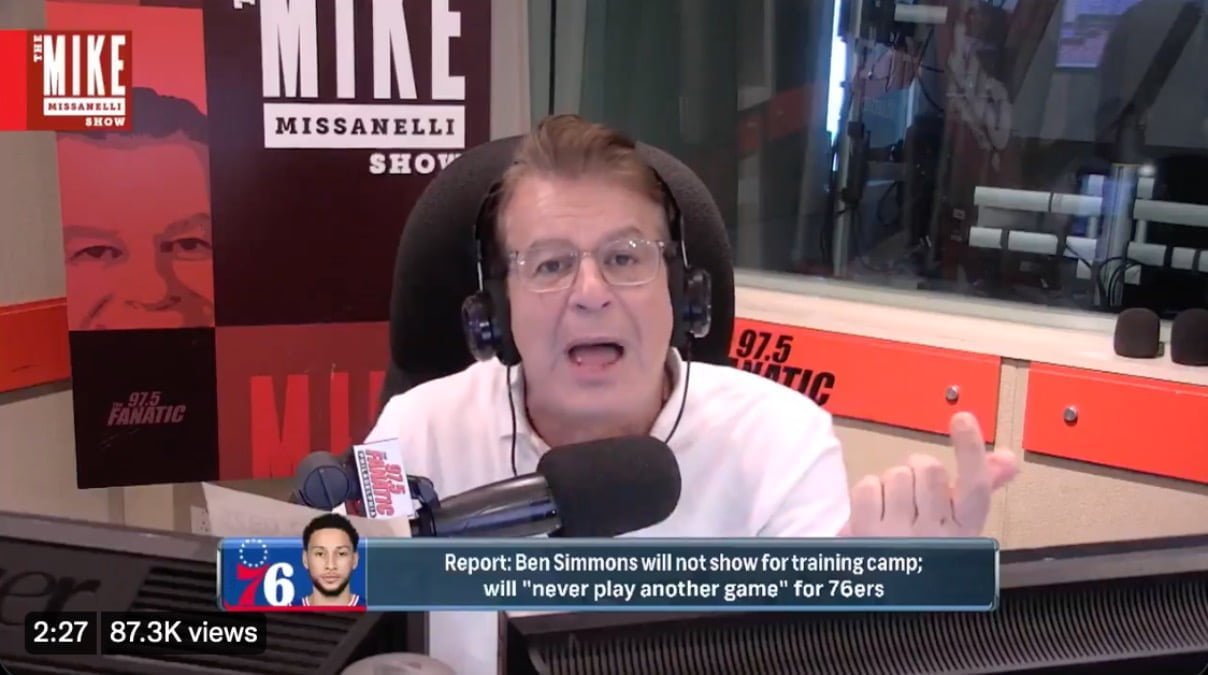 Mike Missanelli thinks there is a lot of misinformation going around about the Ben Simmons situation, and he’s not happy about it. A host on 97.5 The Fanatic in Philadelphia, Missanelli went after the out-of-town reporters chiming in on the situation during his radio show this week.

According to ESPN’s Adrian Wojnarowski, Simmons is not reporting to 76ers’ training camp and wants a trade out of Philadelphia.

“There’s a difference between proper journalism, which I see the death of with this social media crap, and all these people out on social media reporting nonsense,” Missanelli said. “Trying to curry favor with high-powered agencies, in the hopes that they’ll get some information about LeBron James.”

“Ben is well aware of how the majority Sixers fans feel about him,” Dumas tweeted on Tuesday. “There are several organized groups planning to go boo him in Camden the day camp opens. He wants no parts of that.”

Missanelli replied to the report with, “Oh…bull feathers” and had this to say about Dumas on his radio show.

“Did you go to bed thinking that you could put some stupid-ass narrative on social media and have the nation believe it?” Mike Missanelli asked. “We live in this city! We have never heard one inkling of that!”

The host dismissed Dumas as “whoever he is,” and the KRON4 sports director took notice.

“@MikeMiss25 i’m in Philly right now” Dumas tweeted. “What’s up Mike — PS – I interned at your station two summer stop acting like you don’t know who I am. You capping for your viewers right now. Cut it out.”

The Ben Simmons saga rages on as the city of Philadelphia reckons with the rocky situation.

Watch the full clip from the show above.