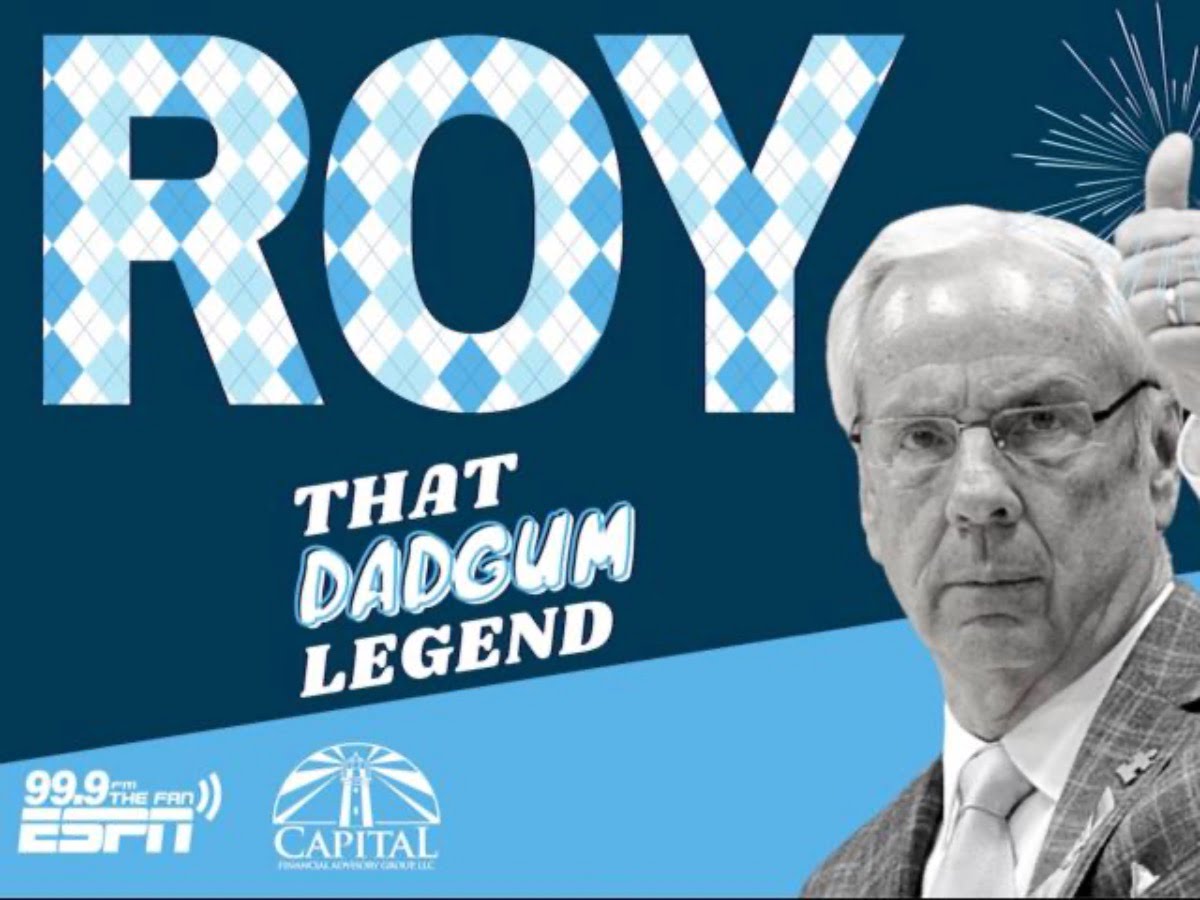 Roy Williams is retired from coaching college basketball, but not the spotlight coaching brought him. The coach graciously sat down with Joe Ovies and Joe Giglio of 99.9 The Fan in Raleigh, NC, for a conversation that they’ve turned into a six-part podcast called Roy: That Dadgum Legend.

Williams retired earlier this year, and the hosts wanted to get the full story of his coaching journey out to the masses.

“We’ve been working on a very cool podcast called Roy: That Dadgum Legend,” Ovies said about the project. “It features former North Carolina head basketball coach Roy Williams. Giglio, for whatever reason, however it happened, got Roy Williams to really like him, and he gave us about two hours’ worth of time to talk to him about his career.”

The station posted the first three episodes on all major podcast platforms this week. Williams built a strong legacy at both Kansas and North Carolina during his coaching career that concluded with 903 wins, 11th-most in college basketball history.

“We went over to the Smith Center,” Giglio said. “We saw his new office, spent about an hour with him one week, got another hour with him the next week. Covered the beginning, covered his family, covered the Carolina family, his championships, the NCAA issues. You name it, we got it all in two hours.”

Ovies and Giglio saw this as the perfect opportunity to cover this subject in the best way possible: interviewing the source in person.

“It’s really cool,” Ovies described. “Look, you can tell the story of Roy Williams and his time at Carolina, and Kansas, any number of ways but the best way to get it is from the source, Roy Williams himself.”

Ovies and Giglio aren’t just hosting this podcast together. Catch them on The OG airing on 99.9 The Fan weekdays from 3 to 7 p.m. ET.