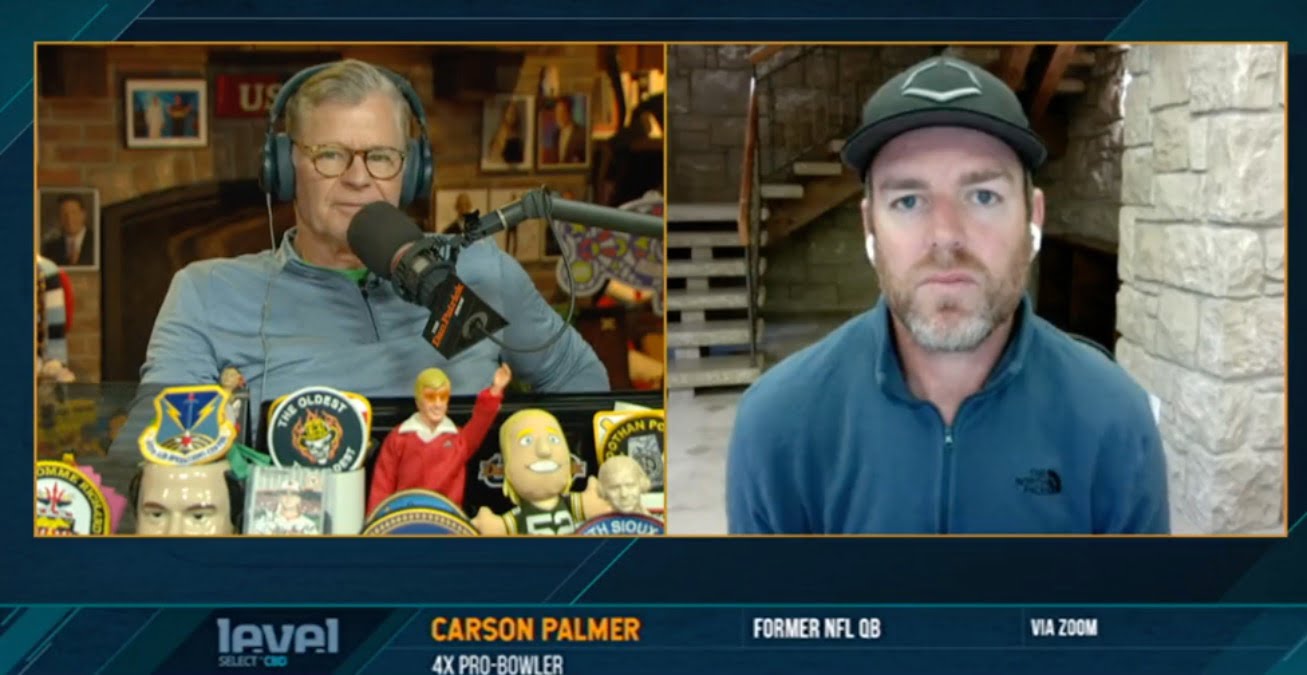 Carson Palmer unintentionally broke some news on The Dan Patrick Show about USC’s search for a new head football coach.

The former Heisman Trophy winner at USC has been actively communicating with the school about its search for a new head coach, and he described the process, which includes a famous name coaching the Pittsburgh Steelers

“I think there’s a lot of frontrunners right now,” Palmer said. “That’s why I like where we are sitting. We had the first hot seat open up.”

“You can’t have a lot of front runners, Carson,” Patrick interrupted. “You can have a frontrunner.”

“You’ve got Penn State,” Palmer responded. “You’ve got Iowa State, You’ve got Cincinnati. You’ve got a wild card, like Mike Tomlin. If Mike Tomlin wants out, at the end of the day, there’s the guy that everyone’s pointing their finger at.”

“Uhhhh, I’m sure he has,” Palmer said. “I think anybody is a potential candidate right now, and that’s what’s so great about the job. It can lure an NFL guy that’s tired of their current situation and worried about is Ben Roethlisberger gone? Is he done? Who are we going to draft? Does Mike Tomlin have to start over with a young, first-round rookie quarterback?”

Patrick pointed out Tomlin as the hot topic, and Palmer was surprised to learn that he broke the news to Patrick.

“Is that the first you’ve heard of that?” Palmer asked.

The 2021 NFL season isn’t even halfway over, so don’t expect Tomlin to acknowledge any of these rumors until 2022. Yet, look for at least one beat reporter to ask the Steelers’ head coach about it this week during media availability. Time will tell who USC brings in to fill the most coveted college football job on the west coast.

104.5 ESPN Hosts Get Into Shouting Match Over Next LSU Coach